In conducting this study, researchers relied on a gene environment study of twins to examine the influence of early obesogenic home environments on childhood BMI. They referenced cross-sectional data from 925 families (1850 twins) from a population-based prospective cohort of twins. The parents participated in a home environment interview which measured the obesogenic home environment in the twins’ early childhood. To create an obesogenic risk score, researchers focused on food, physical activity, and media influence data from the interviews. They used a quantitative genetic model fitting to approximate heritability of age- and sex-adjusted BMI for children living in different risk environments.

According to the researchers, “these findings support the hypothesis that obesity-related genes are more strongly associated with BMI in more obesogenic home environments.” Additionally, these findings may provide insight into the dynamics underlying obesity and ultimately obesity prevention in children. 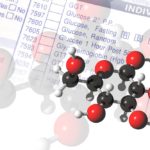