A low-density lipoprotein (LDL)-cholesterol level >4.9 mmol/L in addition to the Dutch Lipid Clinic Network Criteria (DLCNC) score may be helpful for identifying probable/definite or possible familial hypercholesterolemia (FH). This is according to a study published in the International Journal of Cardiology Heart & Vasculature.

The study researchers reviewed 4943 fasting serum lipid profiles taken during a 6-month period at a tertiary hospital laboratory in Australia. Measurements of total cholesterol, triglycerides, and high-density lipoprotein-cholesterol were taken, and electronic medical records were reviewed to study DLCNC components and known secondary hypercholesterolemia causes. The investigators also recorded and analyzed the specialty of the clinician who referred the patient for lipid profiling. A total of 106 patients who had an LDL-cholesterol level >4.9 mmol/L were included in the final analysis.

The proportion of patients included in the study who had DLCNC scores of 3 to 5, 6 to 8, and higher than 8 were 1.8%, 0.3%, and 0.1%, respectively. Patients scoring higher than 8 were determined to have had a definite diagnosis of FH, whereas those who scored 3 to 5 had a possible diagnosis of FH, and those who scored 6 to 8 had a probable FH diagnosis. Using DLCNC and a LDL-cholesterol levels >4.9 mmol/L, the point prevalence of a likely phenotypic FH was calculated as 0.43%, or 1 in 232 cases. Up to 85.9% of patients with increased LDL and likely FH were statin naive, and the majority of patients were referred by specialists (63%) vs general practitioners (37%) for lipid profiling.

Limitations of the study included its retrospective design, the inclusion of patients from a single center, and the lack of genetic testing data.

“The detection of previously undiagnosed and undertreated cases of likely FH supports the benefit of establishing an efficient ‘alert system’ in tertiary laboratories to facilitate screening and referral to a lipid specialist in this high-risk population,” the researchers concluded. 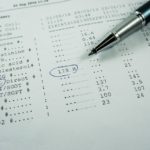