Patients with familial hypercholesterolemia (FH) were found to be at increased risk for long-term mortality and cardiovascular events after acute myocardial infarction, according to study results published in Journal of Clinical Lipidology.

The data of 5147 individuals from the French Registry of Acute ST-Elevation and Non-ST-Elevation Myocardial Infarction cohorts were examined. Of those individuals, 146 (2.8%; 22% women) were diagnosed with FH. Patients with vs without FH were 12 years younger on average.

Study limitations include its observational nature which prevents to establish causal relationships, and the fact that FH diagnosis was not determined with genetic testing, which may have resulted in misdiagnoses.

“[B]eyond an increased risk in cardiovascular events, patients with probable/definite FH (about 3% of patients with [acute myocardial infarction]) also have an increased risk [for] death at 5 years, observed even in patients who received high intensity statins or combined statin/ezetimibe therapy,” noted the study authors. “This population of young patients therefore warrants specific therapeutic measures, such as more potent non-statin agents, as currently used secondary prevention medications do not suffice to lower their risk compared [with] that of patients [without FH].”

Disclosure: Several authors report affiliations with the pharmaceutical industry. Please see the original reference for a full list of disclosures. 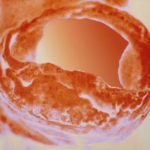 Evolocumab Does Not Impact Cognition in Atherosclerotic CVD