Qiuhong Gong, from the Chinese Academy of Medical Sciences in Beijing, and colleagues compared mortality before and after diabetes development in 542 patients with IGT. Patients were enrolled in a 6-year lifestyle diabetes prevention trial and were followed for 23 years from 1986 to 2009.

“As elsewhere, IGT is associated with increased risk of mortality in China, but much of this excess risk is attributable to the development of type 2 diabetes,” the authors wrote. 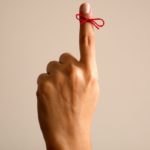