Homozygous familial hypercholesterolemia (hoFH) is more heterogeneous in children than previously realized, according to research published in the Journal of Clinical Lipidology. Researchers also found that a higher proportion of children with heterozygous familial hypercholesterolemia (heFH) have lipid levels similar to those of pediatric patients with genetically confirmed hoFH, resulting in “misdiagnosis, undertreatment, and unequal access to novel lipid-lowering therapies.”

Medical record data for a total of 1903 children (age range, 0-19 years) with molecular-proven FH who were referred to an outpatient clinic in Amsterdam were analyzed. Clinical phenotypes were examined in 13 patients with hoFH. Candidate gene sequencing was performed in patients with heFH who had low-density lipoprotein cholesterol (LDL-C) levels above the lowest level recorded in the hoFH sample (8.36 mmol/L). Coding exons from a total of 29 genes were sequenced and analyzed.

Among the 13 children with hoFH, 62% (n=8) had levels of LDL-C below the clinical criteria of 13 mmol/L for hoFH (500 mg/dL), and 3.4% (n=64) of the remaining 1890 patients with heFH had levels of LDL-C similar to or above the lowest LDL-C level observed in an patients with hoFH with 2 deleterious gene variants (8.36 mmol/L or 323.3 mg/dL). The researchers did not find any additional pathogenic variants in either LDLR or APOB. A PCSK9 gain of function mutation was observed in 2 related patients.

Limitations of the study include its retrospective nature, as well as the lack of sufficient DNA data for patients who were eligible for next-generation sequencing.

“Given the overlap between the phenotype of severe heFH and hoFH and the high probability that both are associated with a similar sharp increase in [cardiovascular disease] risk,” the researchers concluded, reconsideration of the validity of separating heFH and hoFH is needed. 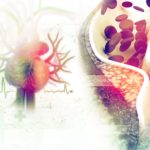 High Discordance Between LDL-C, Lp(a) Reduction in Response to Evolucumab