According to the results of a systematic review and meta-analysis, evidence supporting the clinical benefit of niacin monotherapy for secondary prevention of cardiovascular disease (CVD) appears to be outdated and may require further prospective trials to determine its role in CVD management.

In order to determine the role of niacin in CVD prevention, researchers performed a systematic review and meta-analysis to identify clinical trials assessing the effect of niacin on lipid modification and CVD risk. MEDLINE, Embase, Cochrane Controlled Clinical Trial Register (Central), ClinicalTrials.gov, and TrialResults-center databases were searched from inception to October 2017.

Among the 119 clinical trials identified during their search, 17 studies with 35,760 patients documented the effect of niacin on ≥1 CVD outcome. “Cumulative evidence found no preventive association of niacin with cardiovascular outcomes in secondary prevention,” the authors stated.

According to the findings of this study, while there is evidence to support the clinical benefit of niacin in the prevention of CVD, this evidence was obtained from older trials with study populations that most likely have differing baseline characteristics (i.e., underlying cardiovascular risk) compared to patient populations seen today. The authors concluded that “Niacin may have a role as a monotherapy drug for lipid control in statin-intolerant patients, but, given substantial advancements in cardiovascular disease management since 1990, this indication should be restudied in current-day patients receiving usual baseline care.” 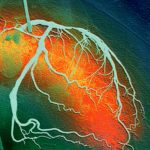