“These findings suggest that investment now in programs to control modifiable risk factors during young adulthood has the potential to reduce the future burden of CVD,” the researchers wrote. 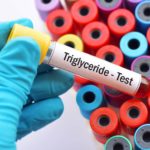