Both HIV infection itself and initiation of treatment with antiretroviral therapy (ART) have been associated with altered lipid metabolism. However, while most patients with HIV are tested for dyslipidemia, African Americans and women are tested less often than white men, putting them at higher risk for cardiovascular disease, according to a study presented at IDWeek 2016 in New Orleans, Louisiana.1

Victor Aguin, MD, and colleagues from the Henry Ford Health System in Detroit, Michigan, conducted a retrospective review using electronic medical records to identify HIV patients with dyslipidemia. Applying the Adult Treatment Panel III (ATP III) guidelines to classify the condition and self-reported gender and age information, the researchers used descriptive analyses and group comparisons to interpret the data using 2-sample t-test, Wilcoxon-rank sub test, and chi-square test. Their goals were to examine the incidence of dyslipidemia among patients with HIV being treated with antiretroviral therapy (ART), and to investigate racial differences in dyslipidemia testing and treatment.

Of the 1457 patients tested at the HIV clinic at Henry Ford Hospital between March 2013 and November 2015, almost 84% had undergone testing for dyslipidemia. Overall prevalence of dyslipidemia in those tested was 30.8%, with 25.7% developing dyslipidemia after their HIV diagnosis.

Researchers are “currently exploring the predictors in African American patients with HIV for delay in testing and treatment of their dyslipidemia,” John McKinnon, MD, coauthor of the study, explained during an interview with Infectious Disease Advisor. “Dyslipidemia was present in at least 30.8% of our overall HIV clinic population, yet about approximately one-third of this population was not on lipid-lowering therapy at the time of the study.” Dr McKinnon reported that “lipid testing was biased toward older and obese patients, perhaps not expecting for dyslipidemia to occur in younger, thinner patients.”

“HIV seropositive patients should be screened for dyslipidemia at least once before antiretroviral therapy is started and yearly thereafter, irrespective of age, gender, race, or weight, as is recommended in the current Guidelines for Use of Antiretroviral Agents in HIV-1-Infected Adults and Adolescents, published by the Department of Health and Human Services,” Dr McKinnon concluded. 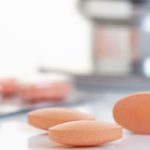