Adding proprotein convertase subtilisin/kexin type 9 inhibitors (PCSK9i) to background niacin therapy is shown to reduce lipoprotein(a) [Lp(a)] by approximately 15%, according to study results published in the Journal of Clinical Lipidology.

In this study, 150 patients were divided into 2 groups: 136 received PCSK9i monotherapy and 14 received PCSK9i and niacin combination therapy. PCSK9i were dosed as 1 injection every 2 weeks in 75 or 150 mg of alirocumab and 140 mg of evolocumab. The niacin formulations used were supplemental and prescription grade, with daily dosages ranging between 500 and 2000 mg.

Lp(a) values were measured in both groups before and after adding PCSK9i. In the PCSK9i and niacin combination therapy group, individual changes in Lp(a) were evaluated from a baseline of niacin monotherapy to postniacin and PCSK9i. Changes in Lp(a) that occurred on behalf of PCSK9i were observed in all patients regardless of whether or not they received background niacin therapy.

There were several limitations associated with this study. Patients with higher baseline Lp(a) are usually at higher risk for atherosclerotic cardiovascular disease (ASCVD) and more likely to receive niacin as a result. Therefore, it was not surprising that the baseline Lp(a) was significantly higher in the combination therapy group than in the monotherapy group.

Additionally, the small number of patients in the PCSK9i combination therapy group (n=14) made it difficult to accurately assess changes in Lp(a) and conduct further subgroup analyses. Lastly, the researchers were unable to determine preniacin Lp(a) levels in half the patients treated with niacin since many had been receiving niacin therapy for years, and the data were not available.

The study researchers report multiple associations with pharmaceutical companies. Please see the original reference for a full list of disclosures. 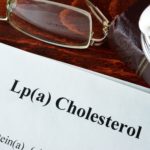