HealthDay News — The 2008 to 2010 Great Recession (GR) had a negative effect on the health of US adults, with significant elevations in blood pressure and fasting glucose, according to a study published online in the Proceedings of the National Academy of Sciences.

Teresa Seeman, PhD, from the University of California, Los Angeles, and colleagues examined the effect of the 2008 to 2010 GR on the health of US adults using data from the Multi-Ethnic Study of Atherosclerosis. The effect was assessed in different population subgroups, and analyses were controlled for confounding by individual differences in age-related changes in health over time.

The researchers identified significant elevations for blood pressure and fasting glucose post-GR, particularly in individuals taking medication before the GR.

Post-GR, there were reductions in the prevalence and intensity of medication use. Across subgroups there were important differences in the effects of the GR, with larger effects seen in younger adults, who were likely to be in the labor force, and older homeowners, whose declining home wealth probably reduced financial security. Older adults without a college degree were the least affected, perhaps because their greater reliance on Medicare and Social Security provided more protection from the GR. 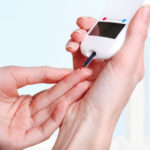