On September 16, 1977, Andreas Gruentzig, MD, made history by performing the first successful angioplasty.1 In the ensuing years, the subspecialty that developed as a result of this breakthrough—interventional cardiology—has been a regular catalyst for change in the treatment of cardiovascular disease, as medical pioneers have found new ways to tackle increasingly complex disease with minimally invasive, catheter-based therapies.

Now, nearly 40 years since that fateful procedure, The Cardiology Advisor examines some of the groundbreaking technological advancements that have made intervention what it is today. Revolutionizing the way blocked arteries were treated, Dr Andreas Gruentzig’s usage of balloon angioplasty, also known as percutaneous transluminal coronary angioplasty (PTCA),  was the first instance of a nonsurgical, catheter-based approach being successfully employed to treat heart disease in a human. The PTCA procedure relieved the condition of a 38-year-old man with severe stenosis of the proximal left anterior descending coronary artery and disabling angina.2 Interestingly, 23 years later in 2000, the patient returned for testing, and coronary angiography revealed normal patency of the dilated site and only minor abnormalities elsewhere.3

Research following that first procedure showed that PTCA increased arterial lumen diameter and coronary blood flow and decreased chest pain. However, one of the chief limitations of the procedure was the high rate of restenosis requiring reintervention4, which led to the development of the next medical device on this list.

To address the concern of restenosis, innovators found inspiration in a metal prosthesis known as a stent that had been previously used in other therapeutic areas, including urology and oral and maxillofacial surgery.5 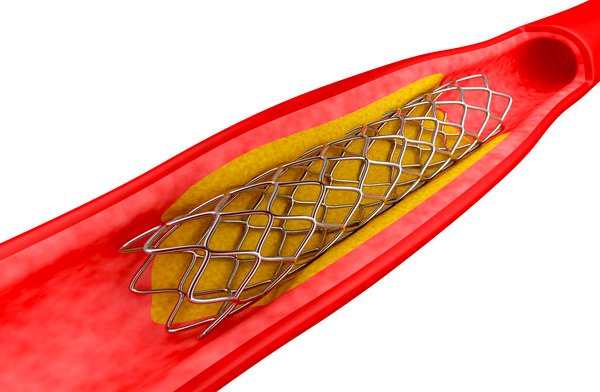 In 1986, Ulrich Sigwart, MD, and colleagues implanted the first bare-metal stent (BMS) in a human coronary artery.6 After later refinements to the BMS design and implantation technique, data from 2 landmark trials, STRESS7 and Benestent1,8 revealed that stent implantation after balloon angioplasty decreases restenosis by 30% compared with balloon angioplasty alone.2

Although BMS helped to reduce restenosis, it occasionally led to another form of the disease: in-stent restenosis. Once developed, in-stent restenosis was often associated with a recurrence rate of more than 50%.2 As a result, an additional therapeutic agent was needed, and that came in the form of this next innovation. 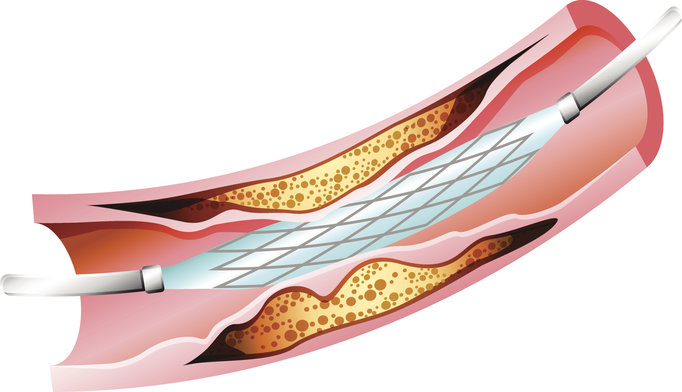 With the addition of an antiproliferative drug, like sirolimus or paclitaxel, to the metallic stent platform, a new era of drug-eluting stents (DES) emerged in intervention in the early 2000s. According to research conducted at the time, DES, which includes a polymer that slowly releases the drug over a few weeks after stent implantation, significantly reduced in-stent restenosis compared with bare-metal stents (BMS).9-10

Following US Food and Drug Administration approval of the technology, a safety issue surfaced indicating a possible link between DES and an increased risk for stent thrombosis,11 a potentially devastating complication. However, the addition of prolonged dual antiplatelet therapy (DAPT) to percutaneous coronary intervention (PCI) would help reduce the incidence of major adverse cardiac events.12

Although DES was a significant advancement over BMS, a permanent stent and polymer were still left behind in the artery, a limitation that the next 2 innovations on this list addressed directly.