HealthDay News – The 20-year patency rate is good for patients who use the radial artery as a coronary bypass conduit, according to research published in the August 9 issue of the Journal of the American College of Cardiology.

Mario Gaudino, MD, from the Catholic University in Rome, and colleagues presented 20-year results of radial artery grafts used for coronary artery bypass grafting in the first 100 patients who received the radial artery as a coronary bypass conduit.

Researchers found that there were 64 deaths, 35.9% of which were from cardiovascular causes. Twenty-year survival was 31%. Overall, 91.6% of the 36 survivors underwent radial artery graft control at a mean of 19.0 ± 2.5 years after surgery. Radial artery patency was 84.8%.

“The 20-year patency rate of radial artery grafts is good, and not inferior to the internal thoracic artery, especially when the conduit is used to graft a vessel with >90% stenosis,” the authors wrote. 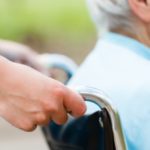