“Our conclusion based on the available literature was that there is enough evidence that recreational cannabis, as currently used, is a potential risk for development of serious adverse cardiovascular events in the young,” said study coinvestigator Jamshid Shirani, MD, FACC, FAHA, clinical professor of medicine at Temple University School of Medicine in Philadelphia, Pennsylvania, in an interview with Pulmonology Advisor. “In addition, we warned the medical community regarding the augmented risk of adverse events in patients with established cardiovascular disease. Unfortunately, recreational cannabis use and its legalization have become intensely political and the grassroots as well as lobbying campaigns have reduced the impact of the warning signs as described by the medical literature.”

Despite public perception that cannabis is “natural” and “safe,” Singh and colleagues found in a review of 135 case reports, databases, and animal and human studies that cannabis has been implicated in many serious cardiovascular events, including sudden cardiac death, coronary, cerebral and peripheral events, arrhythmias, and stress cardiomyopathy — even in young, otherwise healthy people.2 Although there was no one cause for these events, researchers have found that cannabis affects the endocannabinoid system and autonomic nervous system, among others.2 One of the many difficulties is that cannabis comes in so many forms and its production and distribution have yet to be standardized.2

One of the more underappreciated aspects of cannabinoids is the nascent discovery of their beneficial and deleterious effects on the kidneys.5 In animal studies, cannabinoids reduced proteinuria in mice with chemically induced diabetic nephropathy and improved glomerular function in obese rats.5

Conversely, Frank Park, PhD, of the College of Pharmacy at the University of Tennessee Health Science Center in Memphis, Tennessee, and colleagues compiled cases of young men whose acute kidney injury, particularly tubular necrosis, was related to synthetic cannabinoid use.5 Because cannabis products may contain contaminants, it is often impossible to discern which substance was responsible for the kidney injury.

“Our knowledge in this field is in its infancy, and cannabinoids are not yet ready for clinical use,” said Csaba P. Kovesdy, MD, Fred Hatch Professor of Medicine and director, clinical outcomes and clinical trials program in the Division of Nephrology at the University of Tennessee Health Science Center in Memphis, in an interview with Pulmonology Advisor. “This would require clinical studies assessing effects on various end points, which we hope will be conducted in the future. For the time being, we cannot recommend the use of cannabinoids in patients with kidney diseases, as their risks and benefits are not yet clear.”

As the number of states legalizing cannabis use increases, it is essential to gain a better understanding of how both psychotic and nonpsychotic cannabinoids (eg, cannabidiol) interact with food and antihypertensive drugs that target the renin-angiotensin system. One of the most consistent effects of cannabis, whether psychotropic or nonpsychotropic, has been tachycardia. 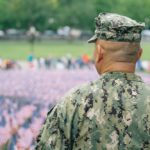