Isolated diastolic hypertension (IDH), as defined in a 2017 guideline by the American College of Cardiology (ACC)/American Heart Association (AHA) was found to be more prevalent compared with IDH defined according to a 2003 Joint National Committee (JNC7) recommendation, according to a study published in the Journal of the American Medical Association.

In this cross-sectional analysis, data from the 2013-2016 National Health and Nutrition Examination Survey (NHANES; n=9590; mean baseline age, 49.6 years; 52.3% women) were examined to identify IDH prevalence. A longitudinal analysis of data from the 1990 to 1992 Atherosclerosis Risk in Communities study (ARIC; n=8703; mean baseline age, 56 years; 57.2% women) was conducted to evaluate the prognostic implications of IDH. Findings from the longitudinal analysis were validated externally using data from the 1988-1994 NHANES III, 1999-2014 NHANES, and 1989 Give Us a Clue to Cancer and Heart Disease (CLUE) II studies.

Study limitations include potential non-generalizability to younger populations, inclusion of individuals taking antihypertensive medications, questionable applicability of ARIC results to all races, and possible underpowering that may not identify mild associations.

“IDH appears to be a distinct phenotype of BP that has no consistently significant association with either subclinical or clinical ASCVD,” noted the study authors. 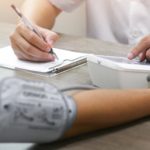