HealthDay News — The most common comorbidities among patients hospitalized with COVID-19 in the New York City area are hypertension, obesity, and diabetes, according to a study published online April 22 in the Journal of the American Medical Association.

Safiya Richardson, M.D., M.P.H., from the Feinstein Institutes for Medical Research at Northwell Health in Manhasset, New York, and colleagues describe the clinical characteristics and outcomes of patients with COVID-19 admitted to 12 hospitals in New York City, Long Island, and Westchester County, New York. All sequentially hospitalized patients between March 1 and April 4, 2020, were included; data were obtained for 5,700 patients (median age, 63 years; 39.7 percent female), and outcomes were assessed for 2,634 patients who were discharged or died.

The researchers found that the most common comorbidities were hypertension, obesity, and diabetes (56.6, 41.7, and 33.8 percent, respectively). At triage, 30.7, 17.3, and 27.8 percent of patients were febrile, had a respiratory rate greater than 24 breaths/minute, and received supplemental oxygen, respectively. There was a 2.1 percent rate of respiratory virus coinfection. During hospitalization, 14.2, 12.2, 3.2, and 21 percent of patients were treated in the intensive care unit, received invasive mechanical ventilation, were treated with kidney replacement therapy, and died, respectively. For those requiring mechanical ventilation, mortality was 88.1 percent. Overall, 2.2 percent of patients were readmitted with a median time to readmission of three days.

“Older persons, men, and those with pre-existing hypertension and/or diabetes were highly prevalent in this case series and the pattern was similar to data reported from China,” the authors write. 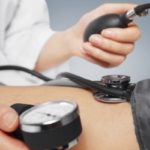