Children at ages 6 to 7 years who were born extremely preterm had a higher risk for high blood pressure (BP; ≥90th percentile) and hypertension (BP ≥95th percentile), according to the results of a study published in Pediatrics.

BP measurements and anthropometrics of children who were born extreme preterm in the Eunice Kennedy Shriver National Institutes of Child Health and Human Development Neonatal Research Network SUPPORT Neuroimaging Cohort were recorded. The primary objective was to assess BP and determine rates of high BP and hypertension in children at ages 6 to 7 years. Secondary objectives were the assessment of the relationship between other risk factors such as insurance type and weight gain velocities on BP.

Of the 379 participants, 20.6% had high systolic BP, 10.8% had systolic hypertension, 21.4% had high diastolic BP, and 11.4% had diastolic hypertension. For the entire cohort, the mean systolic BP was 101±9 mm Hg and the mean diastolic BP was 63±8 mm Hg. For the secondary objectives, it was found that children of mothers with gestational diabetes were more likely to have high BP. No additional characteristics, including birth weight, weight gain velocities, or abnormal magnetic resonance imaging or cranial ultrasound findings, were associated with BP.

The study authors wrote, “These findings sound the alarm for long-term surveillance and management of BP of former [preterm] infants by both pediatricians and internists.”

They also noted “a possible genetic contribution” related to the association between maternal gestational diabetes and child BP, which has been demonstrated in twin studies, “or an environmental contribution as maternal diabetes affecting the intrauterine environment.” 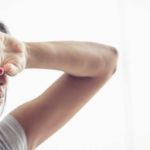