A report published in the Journal of the Neurological Sciences details a case of acute hypertensive crisis and severe headache following concurrent treatment with armodafinil and tranylcypromine.

While the labeling for armodafinil and modafinil advises caution when prescribing these wakefulness promoters with monoamine oxidase inhibitors (MAOIs) such as tranylcypromine, little data exist to substantiate the potential risks associated with concurrent use. This case involved a 36-year-old female with bipolar disorder who presented to the emergency department (ED) with blurry vision, neck stiffness and the “worst headache of (her) life” after taking armodafinil with tranylcypromine.

In the ED, the patient was found to be hypertensive with a blood pressure (BP) of 186/120 mmHg. She was treated with intravenous morphine, which reduced the severity of the headache, and her BP decreased over the course of the day. She was admitted for observation during which her medications were discontinued; three days later, her symptoms had subsided.

To investigate the outcomes of similar cases, the authors conducted a literature review and identified 6 other cases where patients were treated with modafinil and an MAOI; 5 of these patients had no adverse events, while 1 (Vytopil et al. 2007) developed acute chorea and hyperthermia 3 days after modafinil was added to tranylcypromine. Regarding brexpiprazole, the authors noted recent studies which showed that the use of atypical antipsychotics with MAOIs or armodafinil appeared to be safe, however, they added “it is possible that brexpiprazole exacerbated or contributed to the underlying symptoms.”

Based on the findings of this case and others in the literature, the authors concluded, “We […] advocate that physicians exercise caution if using these classes of drugs together.” 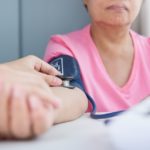