The lower volume of procedures is “below the threshold” recommended by the 2011 American College of Cardiology Foundation/American Heart Association Task Force Guideline for the Diagnosis and Treatment of Hypertrophic Cardiomyopathy.

Currently, surgical SM is the “preferred strategy” for relief of left ventricular outflow tract (LVOT) obstruction, as described by the authors. However, ASA is a minimally invasive alternative to surgery performed using a percutaneous catheter technique with absolute alcohol in order to induce a targeted septal myocardial infarction.

Researchers measured rates of adverse in-hospital events (death, stroke, bleeding, acute renal failure, and need for permanent pacemaker) as the main outcomes. They used multivariate logistic regression analyses to compare overall outcomes after each type of procedure based on tertiles of hospital volumes of SM and ASA.

Researchers discovered that the lowest tertile of SM volume was an independent predictor of in-hospital all cause mortality (adjusted odds ratio [OR]: 3.11; 95% confidence interval [CI]: 1.98-4.89) and bleeding (OR: 3.77; 95% CI: 2.12-6.70). In contrast, the lowest tertile of ASA by volume was not independently associated with an increased risk of adverse events post-procedure.

“Undergoing SM in centers that rarely perform septal reduction operations was associated with worse posprocedural outcomes compared with high-volume centers, with a 3-fold higher mortality (in first- vs third-tertile institutions by volume),” they added. “On the other hand, undergoing ASA in lower-volume institutions was not associated with worse outcomes after ASA compared with high-volume ASA centers.”

Ultimately, a more concerted effort should be made to refer patients with hypertrophic cardiomyopathy to the best-equipped institutions for septal reduction therapy, the authors concluded. 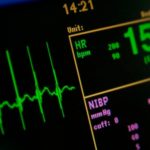