Higher baseline concentrations of N-terminal pro-B-type natriuretic peptide (NT-proBNP) have been associated with a higher risk for adverse heart failure (HF) outcomes, a risk reduced with empagliflozin therapy regardless of baseline NT-proBNP concentrations. This is according to research results published in the Journal of the American College of Cardiology.

Researchers therefore set out to evaluate the relationship between NT-proBNP and empagliflozin in the EMPEROR-Reduced Trial (ClinicalTrials.gov identifier NCT03057977). EMPEROR-Reduced included patients with HF with left ventricular ejection fraction (LVEF) ≤40% and New York Hospital Association Functional Class II to IV. Participants were randomly assigned in a double-blind fashion to receive either placebo or empagliflozin 10 mg daily. Hospitalization within 12 months of enrollment or elevated NT-proBNP was required for inclusion in the study.

The primary study endpoint was time to first event of composite of CV death or hospitalization for HF. Secondary endpoints included the occurrence of all HF hospitalizations and the slope of the change in estimated glomerular filtration rate (eGFR) during double-blind treatment.

No significant difference in LVEF was noted across study quartiles.

Across quartiles, investigators noted a clinically meaningful increase in primary endpoint rates; in the placebo group in the highest NT-proBNP quartile, patients had a more than 4-fold higher incidence rate per 100 patient-years for CV death, HF hospitalization, or combined risk for both events. Empagliflozin treatment reduced events across all NT-proBNP quartiles without interaction with baseline levels.

Estimated glomerular filtration rate (eGFR) declines were related to baseline NT-proBNP, with the largest decrease in renal function observed in patients with higher NT-proBNP values: mean slope of change among placebo patients in NT-proBNP was -1.65 mL/min/1.73 m2/year and -3.29 mL/min/1.73 m2/year in quartiles 1 and 4, respectively. In each quartile, empagliflozin therapy slowed the rate of eGFR decline with no significant treatment-by-NT-proBNP heterogeneity.

The researchers also conducted a “landmark analysis” of the change in NT-proBNP from baseline to week 12 in patients who had no primary endpoint events at week 12. In total, 87% of 3730 patients were included in this analysis. Patients in the pooled treatment and placebo groups were categorized by NT-proBNP absolute value at each timepoint and grouped as follows: low/low, high/low, low/high, and high/high.

Analysis results showed that the week 12 risk for CV death or HF hospitalization was lower in patients with NT-proBNP values <1115 pg/mL vs those in higher quartiles. When participants were categorized by baseline and week 12 levels, results indicated that patients were at a lower risk if NT-proBNP was <1115 pg/mL regardless of baseline value.

Results of a model adjusted for age, sex, LVEF, region, diabetes, baseline eGFR, and baseline NT-proBNP found that, compared with placebo, empagliflozin treatment was associated with a 27% higher likelihood of having an NT-proBNP level <1115 pg/mL.

Study limitations include potential bias in resulting from the design, as well as the similarity in primary endpoint results relative to NT-proBNP value whether LVEF was ≤30% or >30%.

Disclosure: This clinical trial was supported by Boehringer Ingelheim and Eli Lilly and Company. Please see the original reference for a full list of authors’ disclosures. 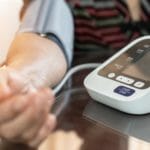 Baseline Systolic BP Did Not Alter Empagliflozin Efficacy in HFrEF