HealthDay News — Patients with Takotsubo syndrome (TTS), which is characterized by transient left ventricular dysfunction with symptoms and electrocardiogram changes mimicking acute myocardial infarction (AMI), have lower mortality during the index admission than AMI patients but are frequently readmitted within 30 days, according to a study published online Sept. 28 in the European Heart Journal – Quality of Care & Clinical Outcomes.

The researchers found that during the index admission, mortality was lower in TTS versus AMI (2.3 versus 10.2 percent). The frequency of cardiogenic shock was the same for TTS and AMI (5.7 percent). Of the TTS survivors, 11.9 percent were readmitted within 30 days, and there was a 3.5 percent mortality rate associated with readmission. Heart failure was the most common reason for readmission after TTS, accounting for 10.6 percent of readmissions.

“Takotsubo patients should be given a detailed discharge plan and counseled on potential reasons to revisit their doctor, such as difficulty breathing or swelling of the legs,” Smilowitz said in a statement. “These are very sick patients who need close follow-up.” 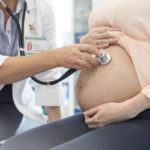