HealthDay News — For patients with heart failure with indications for cardiac resynchronization therapy (CRT), those with ischemic cardiomyopathy (ICM), but not those with nonischemic dilated cardiomyopathy (DCM), benefit from additional primary prevention implantable cardioverter-defibrillator therapy, according to a study published in the Journal of the American College of Cardiology.

Sérgio Barra, MD, from Papworth Hospital NHS Foundation Trust in Cambridge, UK, and colleagues conducted an observational study involving 5,307 consecutive patients with DCM or ICM, without history of sustained ventricular arrhythmias who underwent CRT implantation with or without a defibrillator (4,037 and 1,270 patients, respectively).

“Among patients with heart failure with indications for CRT, those with DCM may not benefit from additional primary prevention implantable cardioverter-defibrillator therapy, as opposed to those with ICM,” the authors write. 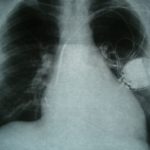