Older patients, women, and racial and ethnic minorities are underrepresented in the majority of heart failure (HF) clinical trials, according to recent findings published in JAMA Cardiology, despite the prevalence of HF in these patient populations.

Given the importance of evaluating the risks and benefits of new therapies across all possible groups by age, sex, race, or ethnicity, this lack of inclusion is of major concern for the development of new treatments for HF. The underrepresentation of these populations may even delay the regulatory process. Several efforts have been made by both government and private agencies to increase data collection from these demographic subgroups.

Study investigators systematically reviewed all published HF trials conducted between 2001 and 2006 with a special focus on representation in trials studying HF with preserved or reduced ejection fraction (HFpEF and HFrEF, respectively). A total of 118 trials were reviewed, and data from 215,508 patients were collected. Only 16% of patients enrolled in these studies were older than 76, 27% of participants were women, and data on race/ethnicity were included in less than half of the trials (47%). The authors did note an increase in enrollment over time for non-white participants, and trials that enrolled more women and minorities were associated with improved trial enrollment rates.

One of the reasons for the low numbers of older patients in these studies may be the presence of strict inclusion/exclusion criteria. Despite efforts to include more women in these types of trials, women remain underrepresented in the majority of current trials. No HF trials were found that were specifically restricted to women. Although progress has been made in enrollment of minorities in HF trials, these populations remain underrepresented, possibly leading to gaps in data and biased findings.

The review was limited to published data, possibly introducing publication bias. Proper analysis of race/ethnicity data is challenging, as only half the trials studied included this information.

The authors conclude that the representation of older patients, women, and minorities has consistently improved, but further efforts need to be made.

Disclosures: Multiple authors declare affiliations with the pharmaceutical industry. Please refer to reference for a complete list of authors’ disclosures. 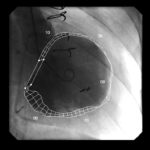 Mortality Rate From Heart Failure Higher in Women Than Men