The beneficial effects of sodium-glucose cotransporter-2 (SGLT-2) inhibitors on outcomes of cardiac mortality are associated with type of heart failure (HF), with the agents shown to reduce the risk for cardiac death among patients with HF with preserved ejection fraction (HFpEF) but not those with HF with reduced EF (HFrEF). These findings were published in the journal Diabetes Research and Clinical Practice.

The researchers conducted a meta-analysis to evaluate the effectiveness of SGLT-2 inhibitors in patients with different types of HF. They performed a literature search of randomized controlled trials (RCTs) that compared SGLT-2 inhibitors with placebo in patients with HF. For evidence synthesis, they used a random-effects model. The primary study endpoint was cardiac death. Secondary endpoints included the composite outcome of cardiac death or rehospitalization because of HF (HHF) and the individual outcome of HHF. 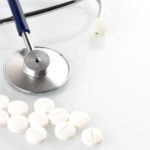 Dapagliflozin, Baseline Hyponatremia, and Clinical Outcomes for Patients With HFrEF