Recurrent hyperkalemia is a major cause of hospitalization, especially for patients with chronic kidney disease (CKD) and heart failure, according to a European study.

Patrick Rossignol, MD, PhD, of the University of Lorraine in Nancy, France, and colleagues conducted a retrospective chart review of 1457 patients not on dialysis (mean age 66 years) with 2 or more hyperkalemia episodes (serum potassium of 5.5 mEq/L or more) within 12 months who were treated by nephrologists (253; 44.5%) or cardiologists (315; 55.5%) in 5 European countries. Overall, 68% of patients had CKD, 40% heart failure, 36% diabetes, and 72% hypertension. A total of 60.5% of patients were taking renin-angiotensin-aldosterone system inhibitors (RAASis) at baseline, most commonly (40.7%) angiotensin-converting enzyme inhibitors (ACEis). Less than 30% of patients with heart failure and reduced ejection fraction took a mineralocorticoid receptor antagonist).

Higher RAASi use was found in the United Kingdom (78.2%) and Germany (69.7%) but lower in France (42.4%) than across the 5 countries overall (60.5%) at the first hyperkalemia episode. Only heart failure was significantly and independently associated with RAASi discontinuation.

“The availability of new potassium-binding agents, i.e. patiromer and sodium zirconium cyclosilicate, which are now approved in Europe for the treatment of [hyperkalemia], may change [hyperkalemia] treatment patterns and extend the use of RAASis in patients with [heart failure] and CKD as already shown with patiromer,” Dr Rossignol’s team stated. “Whether this translates into better outcomes warrants dedicated clinical trials.”

Disclosure: This clinical trial was supported by Vifor Pharma. Please see the original reference for a full list of authors’ disclosures. 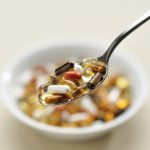