HealthDay News — The proportion of deaths from heart disease attributed to heart failure and hypertensive heart disease is increasing, according to a study published online Aug. 13 in The BMJ.

Nilay S. Shah, M.D., M.P.H., from the Northwestern University Feinberg School of Medicine in Chicago, and colleagues present trends in the burden of mortality due to subtypes of heart disease from 1999 to 2018 using national death certificate data for the United States. Participants included 12.9 million decedents from total heart disease.

“Despite medical and surgical advances in heart disease management and public policy initiatives around blood pressure awareness, we are losing ground in the battle against heart failure and hypertension,” a coauthor said in a statement. 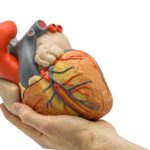