Heart failure (HF) is a common condition and a major public health problem, affecting approximately 5.7 million adults in the United States. As of 2012, the total annual estimated cost of care exceeded $30 billion, and this figure is expected to increase to nearly $70 billion over the next 20 years.1 Patients with HF have lower quality of life than individuals without HF, and mortality rates are high—at more than 50% at 5 years.1,2

As a result, the need to prevent HF is becoming increasingly recognized.­2 The lifetime risk for developing HF is substantial and ranges from 20% to 45%.3 Many risk factors for HF, such as diabetes and hypertension, are commonplace but preventable.2 Data quantifying the effects of having—or not having—HF risk factors may be useful for promoting risk factor prevention, but such data are often lacking.2,4

Cardiology Advisor spoke with Emer Joyce, MD, PhD of the Cleveland Clinic Foundation in Ohio about her work on severe obesity and clinical outcomes after admission for acute HF; and Faraz Ahmad, MD and John Wilkins, MD of Northwestern University in Illinois about their study on the absence of HF risk factors and the risk for developing HF later in life.

HF and the Obesity Paradox: The U-Shaped Curve

Obesity is an HF risk factor that has grown increasingly prevalent, with nearly 70% of adults in the United States considered overweight or obese, in contrast to only 25% 40 years ago. An “obesity paradox” appears to exist with regard to cardiovascular outcomes: overweight and obese patients with HF are more likely to have better outcomes than HF patients who are normal or underweight.4

Data suggest, however, that the obesity paradox does not apply to patients with severe obesity.4 “The hypothesis is that a U-shaped curve based on body mass index exists for cardiovascular outcomes,” Dr Joyce said. “Normal weight and underweight patients do worse, but so do people at the other end of the spectrum—people with severe obesity.” Dr Joyce and colleagues examined the relationship between severe obesity and clinical outcomes in patients admitted for acute HF from 3 recent trials.4

“We found that being normal weight or underweight and being severely obese—those groups at the top ends of the U-shaped curve—were more likely to have adverse short-term outcomes,” Dr Joyce concluded. “Importantly, our results demonstrate that a significant proportion of patients enrolled in contemporary clinical trials for hospitalized acute HF are severely obese, and that these patients have distinct clinical profiles and outcomes from other acute HF groups. This finding suggests major implications for future clinical trial planning in this population as well as real world HF clinical care.”

HF patients with mild or moderate obesity are more likely to have better cardiovascular outcomes according to the obesity paradox, but Drs Ahmad and Wilkins found that not having obesity or other HF risk factors in the first place may actually reduce the risk of developing HF.2 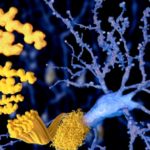