Lamiece Hassan, Ph.D., from the University of Manchester in the United Kingdom, and colleagues investigated COVID-19-related infection, hospitalization, and mortality among people with SMI participating in the UK Biobank cohort study. The analysis included data from 447,296 participants (schizophrenia/psychosis: 1,925 patients; bipolar disease: 1,483 patients; and major depressive disorder: 41,448 patients; plus 402,440 with no SMI) that was linked to health care and death records.

The researchers found higher odds of COVID-19 mortality among people with schizophrenia/psychosis (odds ratio [OR], 4.84), bipolar disease (OR, 3.76), and major depressive disorder (OR, 1.99) versus people with no SMI. Across all SMI groups, higher odds of infection and hospitalization were also seen, particularly among people with schizophrenia/psychosis (OR, 1.61 and 3.47, respectively) and bipolar disease (OR, 1.48 and 3.31, respectively). Mortality and hospitalization remained significantly higher among all SMI groups in fully adjusted models, while infection odds remained significantly higher only for major depressive disorder.

“Only a proportion of these disparities were accounted for by preexisting demographic characteristics or comorbidities,” the authors write. “Vaccination and preventive measures should be prioritized in these particularly vulnerable groups.”

Among individuals with type 2 diabetes and heart failure, the prescription rate of sodium-glucose cotransporter-2 (SGLT2) inhibitors is too low and tends to favor those who are young, have commercial insurance, and are White, according to study results presented at the 30th Annual Scientific and Clinical Congress of the American Association of Clinical Endocrinologists (ENVISION 2021).

This retrospective cohort review included 1340 individuals with type 2 diabetes and heart failure whose data were extracted using International Classification of Diseases, 10th Revision (ICD-10) codes. These data included demographic characteristics such as sex, age, and health insurance, along with clinical data such as glycated hemoglobin levels, type of SGLT2 inhibitor prescribed, and time to discontinuation of SGLT2 inhibitor treatment. The ICD-10 code recorded both before and after the initial dose provided information on known adverse events from SGLT2 inhibitors.

The researchers reported that 9.6% (n=129) of study participants who were eligible for an SGLT2 inhibitor prescription received one. Of those who filled their prescription, 42.9% (n=54) discontinued treatment. A higher likelihood of starting treatment with an SGLT2 inhibitor was associated with younger age (58.3 years for SGLT2 users vs 64.4 years in the total study population), having commercial insurance (42.6% vs 25.8%[MOU1] [KT2] ), and being White (36.4% vs 16.2%). Discontinuation rates did not differ significantly by race, age, gender, or insurance; those who discontinued SGLT2-inhibitor treatment did so after an average of 1.5 months. Complication rates did not differ between groups. Outcome markers such as body mass index, glycated hemoglobin level, kidney function, or left ventricular ejection fraction did not differ between groups. Those prescribed canagliflozin discontinued treatment more often than those prescribed other SGLT2 inhibitors (46.3% vs 8.3%, respectively.

The study researchers concluded that “[SGLT2 inhibitors] are underprescribed, reaching only 9.6% of the ideal patient population,” with those receiving prescriptions “more likely to be young and have commercial insurance.” “Adverse outcomes were not more likely in users before or after treatment and should not be a limiting factor for initiation/trial of SGLT2 inhibitors,” they concluded.

The new, tougher limits to be imposed by the Environmental Protection Agency (EPA) are expected to be finalized by 2024 and would require the replacement of remaining lead drinking water pipes as quickly as possible, the White House said in a statement announcing the new plan.

“Over the past year, I have visited with and heard from communities in Chicago, Flint, Jackson, and many other areas that are impacted by lead in drinking water,” EPA Administrator Michael Regan said in an agency statement. “These conversations have underscored the need to proactively remove lead service lines, especially in low-income communities. The science on lead is settled — there is no safe level of exposure and it is time to remove this risk to support thriving people and vibrant communities.”

In remarks made at the AFL-CIO Washington, D.C., headquarters on Thursday, Vice President Kamala Harris acknowledged the goal is lofty. “The challenge that we face is, without any question, great. Lead is built into our cities. It is laid under our roads and it is installed in our homes,” Harris said.

Environmental advocates had mixed reactions to the 10-year plan.

“The top priority must be to require removal of all lead pipes within the decade and to set a strict at-the-tap standard, which is the only way to prevent another generation of kids from drinking water through what is essentially a lead straw,” Erik Olson, senior strategic director of health at the Natural Resources Defense Council, told the Associated Press. “Good intentions won’t be enough to get the job done.”

John Rumpler, senior attorney with Environment America, told the AP that the plans are “long overdue and an indispensable step toward securing safe water.” He also said the EPA should set a 10-year deadline to replace lead service lines, as New Jersey did in July. 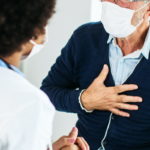