Differing definitions of iron deficiency offer a wide range of results for patients who may or may not be diagnosed with iron deficiency and, in trials, the lack of definition specificity may understate the benefits of intravenous iron, while the lack of definition sensitivity may exclude patients who should receive intravenous iron. These research findings were published in the Journal of the American College of Cardiology.

Varying heart failure (HF) guidelines define iron deficiency as a serum ferritin <15, <30, or <100 ng/mL, or when ferritin is 100 to 299 ng/mL, transferrin saturation <20%, or serum iron ≤13 µmol/L. In an attempt to reduce misinterpretation caused by varying definitions, researchers analyzed how different definitions for iron deficiency affected its prevalence and impact on patient outcomes.

In total, 68%  of patients fulfilled current guideline criteria for iron deficiency; of these, 35% had a TSAT >20%. Researchers found that iron deficiency was more common in women and patients with preserved ejection fraction, anemia, or more severe symptoms. Serum ferritin of <100 ng/mL was associated with lower mortality (hazard ratio [HR], 0.91; 95% CI, 0.81-1.01; P =.09).

Investigators noted limitations to their study. Certain biomarkers of interest were not measured and the soluble transferrin receptor test for iron deficiency is not widely used. Additionally, there was no information collected on the rate of intravenous iron, number of transfusions that some patients may have received, or the presence of genetic mutation. Finally, this was a single-center study including predominantly White participants, thus reducing its generalizability. 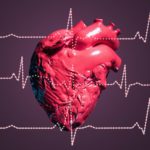