There may be an increased risk for ischemic stroke in elderly patients with intracerebral hemorrhage (ICH) in the first 6 months after diagnosis, according to a study published in Stroke.

In this retrospective cohort study, researchers used both inpatient and outpatient claims data on a 5% sample of Medicare beneficiaries collected between January 2008 and December 2014 (n=1,760,439). The exposure variable was ICH, identified by International Classification of Diseases, Ninth Revision, Clinical Modification (ICD-9-CM) code 431.x. The primary outcome was a composite of acute ischemic stroke and myocardial infarction (MI); secondary outcomes were ischemic stroke alone and MI alone.

Limitations of this study included the lack of information on antithrombotic medication use and interruption. To palliate this gap, investigators performed a sensitivity analysis in which patients with atrial fibrillation or valvular heart disease were excluded. In addition, some participants may have been misclassified due to the use of ICD-9-CM codes, and the claims-based nature of the Medicare dataset did not allow researchers to investigate the etiology of ischemic strokes. “Further study of the link between ICH and subsequent ischemic stroke may yield new strategies for improving long term recovery after ICH,” noted the study authors. 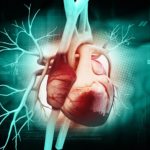 LABA Therapy in Asthma-COPD Overlap May Decrease Risk for MI