A recently published report describes the case of a 31-year-old African American female who experienced psychiatric symptoms after her dose of sacubitril/valsartan, an angiotensin receptor-neprilysin inhibitor (ARNi) indicated for heart failure with reduced ejection fraction (HFrEF), was increased.

The patient was then admitted to the hospital. A psychiatric consult deemed that the patient had most likely experienced an episode of delirium caused by a medication. Due to the timing of the beginning of her symptoms, as well as the resolution of them following its discontinuation, sacubitril/valsartan was highly suspected to be the causative agent.

“Diagnostic examinations and laboratory values were not indicative of systemic infection as the patient was afebrile, complete blood count was within normal limits, urinalysis was negative, and she was hemodynamically stable during hospitalization,” the study authors reported. They did note, however, that the patient had “intracranial volume loss abnormal for age with commensurate mild ventricular enlargement” according to cranial computed tomography scans. Following discontinuation of her sacubitril/valsartan, the patient’s symptoms resolved and she returned to baseline mental status.

“This case describes a patient who exhibited psychiatric symptoms following dose escalation of sacubitril/valsartan, illustrating the gap in knowledge regarding psychiatric adverse effects of neprilysin inhibition with ARNi therapy,” the study authors concluded. Until additional evidence is available to determine whether neprilysin inhibition adversely affects cognitive function, the authors recommend that clinicians consider monitoring patients being treated with sacubitril/valsartan at baseline and during dosage adjustments. 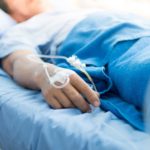