HealthDay News — For patients with asymptomatic left ventricular systolic dysfunction (ALVSD), those with diabetes have increased risk of heart failure development and hospitalization, according to a study published in the June issue of Diabetes Care.

Rasmus Rørth, M.D., from the University of Glasgow in the United Kingdom, and colleagues examined the development of symptomatic heart failure, heart failure hospitalization, and cardiovascular death according to baseline diabetes status in patients from the prevention arm of the Studies of Left Ventricular Dysfunction.

“In patients with ALVSD, diabetes is associated with an increased risk of developing heart failure, heart failure hospitalization and cardiovascular death,” the authors write. “This information might help in the development of strategies to prevent the transition from ALVSD to overt heart failure.” 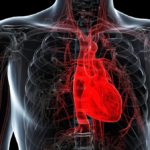