HealthDay News – Receipt of influenza vaccination may reduce heart failure patients’ risk of hospitalization, according to findings presented at the 2016 European Society of Cardiology’s World Congress on Heart Failure meeting, held from May 21 to 24 in Florence, Italy.

“Uptake of the flu vaccination in heart failure patients is relatively low, ranging from less than 20% in low- and middle-income countries to 50% to 70% in high-income countries like the United Kingdom. This may partly be because there is no strong evidence to support the recommendation in these patients,” Dr Rahimi said in a European Society of Cardiology news release. “[These study] findings provide further evidence that there are likely worthwhile benefits.” 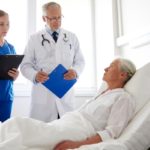