Patients living with heart failure (HF) have an increased risk for hospitalization if they live in regions with high levels of unconventional natural gas development (UNGD) activity, such as hydraulic fracturing, according to a study in the Journal of the American College of Cardiology.

The study relied on electronic health records of 9054 patients with HF with 5839 hospitalizations from 2008 to 2015 at an integrated health system in Pennsylvania. Researchers assigned metrics of UNGD activity by phase, including pad preparation, drilling, stimulation, and production 30 days prior to hospitalization or a frequency-matched control selection date. The control group comprised 3215 patients with HF who did not have hospitalization and were also assessed.

There was no effect modification by phenotype (HF with reduced ejection fraction [EF] or HF with preserved EF) status. The researchers found that HF severity modified associations of the pad (P =.009) and drilling (P =.03) metrics with hospitalization.

Limitations of this study included the reliance on ICD-9 codes for identifying HF cases, the lack of diet and lifestyle data, and the lack of information about patients’ occupational exposures.

Understanding how people living with HF are susceptible to environmental exposures is especially important given the growing prevalence of HF and the possibility that environmental factors play a role in clinical HF outcomes. 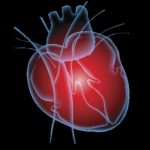