Patients with obstructive coronary artery disease (CAD) or coronary spasm who experienced a nonfatal cardiac arrest outside the hospital setting and subsequently had a normal electrophysiologic study (EPS) were found to have excellent prognosis, according to a small case series published in the Journal of the American College of Cardiology.

Investigators sought to examine the prognosis of patients with confirmed ventricular tachycardia (VT) or ventricular fibrillation (VF) who had survived cardiac arrest after resuscitative efforts and for whom VT or VF inducibility was not observed in EPS.

Of 96 out of hospital cardiac arrest survivors who underwent EP testing at a single hospital, 19, all of which were in VF or ventricular flutter during resuscitation without evidence of acute myocardial infarction did not exhibit abnormalities in EPS.

Between 1- and 6-weeks post-arrest, all 19 individuals underwent 24-hour electrocardiographic monitoring (also recorded every 3 to 6 months during follow-up) to grade the occurrence of premature ventricular complexes (PVCs) and 2-D echocardiography, and 14 patients performed an exercise treadmill test (Bruce protocol). Cardiac catheterization with coronary and left ventricular angiography was performed on 18 of 19 patients.

All patients had an EPS performed that entailed programmable ventricular stimulation with 1 to 3 ventricular extrastimuli, repeated at ≥1 additional ventricular site(s). While 17 people demonstrated inducibility of 1 to 5 repetitive ventricular complexes, no patient had inducible sustained or nonsustained VT.

There were 14 patients (mean age, 62±12 years; 85.7% men) with obstructive CAD, of whom 11 suffered cardiac arrest during exertion or an angina pectoris episode. In addition, 10 of these individuals had either no PVCs or infrequent PVCs on electrocardiogram. Of 9 patients who underwent stress testing, 6 had an ischemic response during stage I or II. Within this patient subgroup, 8 patients underwent myocardial revascularization and the other 6 were treated with antianginal medication, and 3 of the 14 patients also received antiarrhythmic therapy. There was 1 sudden death during the course of a mean 26±15 months of follow-up.

Of the 5 patients (mean age, 53±12 years; 80% male) without obstructive CAD, 2 were diagnosed with coronary artery spasm and received coronary vasodilator medication. Cardiac arrest did not recur in any of these patients. The remaining 3 patients were diagnosed with cardiomyopathy or had no evidence of structural heart disease and were treated with amiodarone or nadolol. There was no cardiac arrest recurrence in these patients during follow-up that ranged from 3-27 months.

“The clinical features of these patients suggest that cardiac arrest was related to ischemia rather than a primary arrhythmia. The natural history of patients with a cardiomyopathy or no identifiable structural heart disease who survive a cardiac arrest and have a normal electrophysiologic study remains to be determined,” noted the authors. 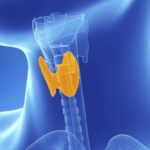