Empagliflozin was found to be associated with a lower combined risk for cardiovascular death or hospitalization for heart failure compared with placebo in patients receiving recommended therapy for heart failure, regardless of the presence of diabetes, according to a study published in the New England Journal of Medicine.1

In the Empagliflozin Outcome Trial in Patients with Chronic Heart Failure and a Reduced Ejection Fraction (EMPEROR-Reduced; ClinicalTrials.gov Identifier: NCT03057977), 3730 adult patients with class II, III, or IV heart failure and an ejection fraction ≤40% were randomly assigned to receive 10 mg empagliflozin  or placebo once daily, in addition to recommended therapy. Empagliflozin is a sodium–glucose cotransporter 2 (SGLT2) inhibitor. The study’s primary outcome was a composite of cardiovascular death or hospitalization for worsening heart failure.

“In our trial, the combined risk [for] cardiovascular death or hospitalization for heart failure was 25% lower among the patients who received empagliflozin than among those who received placebo, a difference that was primarily related to a 31% lower risk [for] hospitalization for heart failure,” noted the investigators. “These benefits were seen in patients receiving any of the currently recommended drugs for heart failure, including sacubitril–valsartan, and were seen regardless of the presence or absence of diabetes. In addition, empagliflozin was associated with a lower number of hospitalizations for heart failure and with a slower rate of decline in the estimated glomerular filtration rate; the latter effect was accompanied by a lower risk of serious renal outcomes.”

The study’s findings regarding empagliflozin can be compared with the effects of dapagliflozin in the Dapagliflozin and Prevention of Adverse Outcomes in Heart Failure trial (DAPA-HF; ClinicalTrials.gov Identifier: NCT03036124), which showed a reduction in the risk for cardiovascular death or hospitalization for heart failure in patients regardless of the presence of diabetes, according to the researchers. “The current trial was enriched for patients with a markedly reduced ejection fraction and increased levels of natriuretic peptides, as compared with the patients in the DAPA-HF trial,” noted the authors of the current study.1

In an accompanying editorial, John A. Jarcho, MD, noted that the study’s findings, along with those from DAPA-HF, “substantially strengthen” the rationale for using SGLT2 inhibitors in patients with heart failure and reduced ejection fraction.2

Disclosures: The study was supported by Boehringer Ingelheim and Eli Lilly. Please see the original reference for a full list of disclosures. 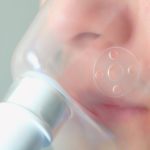 Peripheral Determinants of Oxygen Utilization During Exercise in HFpEF