Dapagliflozin is associated with a reduced risk for worsening heart failure (HF), cardiovascular death, and all-cause death in both men and women with heart failure with reduced ejection fraction (HFrEF), according to research results published in JAMA Cardiology.

Researchers sought to evaluate the efficacy and safety of dapagliflozin 10 mg vs placebo in a randomized, double-blind, placebo-controlled trial of patients with HFrEF (Dapagliflozin and Prevention of Adverse Outcomes in Heart Failure [DAPA-HF], ClinicalTrials.gov Identifier NCT03036124).

Investigators found that women had a lower risk for worsening HF or cardiovascular death (adjusted hazard ratio [aHR], 0.72; 95% CI, 0.61-0.85) and for the expanded composite outcome of the primary endpoint plus episodes of outpatient worsening (aHR, 0.80; 95% CI, 0.69-0.92) compared with men. These risks remained lower even after adjusting for prognostic variables including left ventricle ejection fraction and NT-proBNP.

In terms of the primary outcome, dapagliflozin reduced the risk associated with worsening HF or cardiovascular death to the same extent in both men and women (HR, 0.73 vs 0.79); no interaction was noted between sex and treatment effect. Dapagliflozin effect was consistent between men and women for all secondary endpoints. Mean increase in KCCQ-TSS from baseline to 8 months was 6.0 and 6.1, respectively, in the placebo and dapagliflozin groups; in men, the mean increase was 2.5 and 6.1 in these same groups. However, mean increases in KCCQ-CSS and KCCQ-OSS during this same time period were higher in the dapagliflozin group, with similar effects across men and women.

In patients with and without diabetes, dapagliflozin reduced risks for worsening HF, cardiovascular death, and all-cause death, regardless of sex.

In terms of safety, proportions of patients who discontinued initial treatment or experienced adverse events were similar by sex, but women were more likely than men to discontinue the study drug “for any reason.”

Study limitations include post hoc assessments of secondary and exploratory clinical outcomes by sex, a lower proportion of women in DAPA-HF, and a lack of generalizability to populations that include hospitalized or other very high-risk patients.

“In DAPA-HF, dapagliflozin…reduced the risk of worsening HF events, cardiovascular death, and all cause death and improved symptoms, physical function, and health-related quality of life similarly in men and women,” the researchers concluded. “These findings provide further support for dapagliflozin as a new treatment option for patients with HFrEF.”

Disclosure: This clinical trial was supported by AstraZeneca. Please see the original reference for a full list of authors’ disclosures. 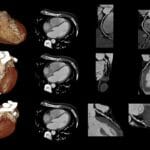