Baseline serum sodium concentration among patients with heart failure with reduced ejection fraction (HFrEF) was not a significant modifier for the benefits of dapagliflozin on morbidity and mortality. These findings were published in JACC: Heart Failure.

Data for this analysis were sourced from the Study to Evaluate the Effect of Dapagliflozin on the Incidence of Worsening Heart Failure or Cardiovascular Death in Patients With Chronic Heart Failure (DAPA-HF; ClinicalTrials.gov identifier: NCT03036124), which was a prospective, randomized, double-blind, controlled trial. Patients (N=4740) with HFrEF were recruited at 410 centers in 20 countries. For this prespecified analysis, the effect of dapagliflozin on the primary composite outcome of worsening heart failure (HF) or cardiovascular death was evaluated on the basis of low (£135 mmol/L) or normal (>135 mmol/L) serum sodium concentration.

During the first 14 days, nearly half of the patients with baseline hyponatremia had resolution of symptoms regardless of active and placebo treatment assignment (49.5% vs 48.4%), increasing to 73.7% among the dapagliflozin recipients and 69.4% for the placebo group at 12 months.

This study may have been limited by the low rate of hyponatremia overall and may suggest that this trial enrolled a population with relatively low risk for hyponatremia.

“Compared with placebo, dapagliflozin improved mortality and worsening HF events and symptoms, regardless of serum sodium concentration,” the study authors wrote. “Dapagliflozin led to a small early and transient increase in the risk of hyponatremia but a long-term sustained decrease in this risk.” 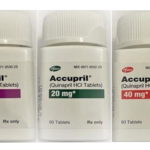