Patients who have had congenital heart surgery in childhood remain at risk for advanced heart failure (HF) that leads to death, transplantation, or ventricular assist device (VAD) placement through early adulthood at rates higher than the general population, according to a study published in the American Journal of Cardiology.

The retrospective cohort study included patients from the Pediatric Cardiac Care Consortium (PCCC) from 1982 to 2003. Eligible participants had congenital heart surgery when they were younger than 21 years of age and were linked with the US National Death Index and Organ Procurement and Transplantation Network databases. The primary outcome was a composite of HF-related mortality, cardiac transplant, or VAD placement.

After 804,578 person-years of follow-up, 799 patients had the primary outcome of HF-related mortality, cardiac transplant, or VAD placement at a median of 2.1 years (IQR, 0.4 to 12.1) after discharge from index hospitalization.

A significantly higher incidence of HF-related mortality, transplant, or VAD at 25 years was observed in patients with a systemic right ventricle compared with those who had a systemic left ventricle. HF-specific mortality was higher in all severity groups vs the age- and the sex-matched general population in the entire cohort and among 5-year survivors.

The study authors noted that about 18% of the PCCC patients had inadequate identifiers for linkage, and sensitivity analysis showed that these patients were younger and had more severe forms of congenital heart disease (CHD). Therefore, the incidence of HF-related events may be underestimated. Also, the use of death certificates may have led to underreporting of HF as a cause of death, and the high number of patients missing race data did not allow for robust analysis of this effect.

“Further follow-up is necessary as these patients age, to determine the changing burden of disease as risk factors related to underlying CHD begin to interact with known adult risk factors for acquired heart disease,” the investigators wrote. “Close monitoring for early development of [HF] is warranted for this population, and studies of [HF] therapies (such as afterload reducing agents, beta blockers, and sacubitril/valsartan) are urgently needed for the subgroups at the highest risk for [HF].” 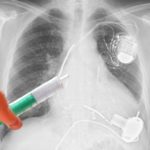