Beta-blockers may lower all-cause and cardiovascular mortality in patients with heart failure with preserved ejection fraction (HFpEF), according to a meta-analysis published in Heart.

Beta-blocker therapy reduced all-cause mortality compared with placebo (relative risk [RR], 0.78; 95% CI, 0.65-0.94; P =.008) by 22%. In addition, cardiovascular mortality was reduced with beta-blockers compared with placebo (RR, 0.75; 95% CI, 0.60-0.94; P =.01) by 25%. However, none of the other individual agents significantly reduced all-cause or cardiovascular mortality. The same was true in a pooled analysis of drugs that specifically block the renin-angiotensin-adolesterone system (ACE inhibitors, ARBs, MRAs).

Although a meta-analysis of all the trials combined demonstrated that pharmacotherapy did not improve all-cause or cardiovascular mortality, it did reduce HF hospitalizations (RR, 0.88; 95% CI, 0.81-0.95; P =.002).

In terms of exercise capacity, there were no significant differences between treatment groups on exercise time, maximal oxygen consumption (VO2 max), and the 6-minute walking distance test. Quality of life scores improved with treatment (weighted mean difference, –1.63; 95% CI, –2.94 to –0.31; P =.001), and because heterogeneity was too high in the trials, the researchers could not compare biomarker outcomes.

The researchers pointed out that the trials involving beta-blockers used an LV ejection fraction threshold of 40%, whereas trials involving other drug classes (ACE inhibitors, ARBs, and MRAs) used higher thresholds.

“We did not further investigate causes of cardiovascular death, although pleiotropic effects of beta-blocker (such as its antiarrhythmic properties) are likely to be important,” the researchers wrote.

More trials in beta-blocker therapy involving this patient group are needed to confirm these findings. 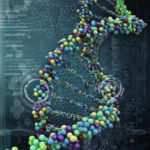