A new study of older US adults confirms the value of a plant-based diet for reducing the risk for incident heart failure (HF). The study also found that a Southern dietary pattern, rich in fried foods and sugar-sweetened beverages, was associated with an increased risk for incident HF hospitalization. The findings were published in the Journal of the American College of Cardiology.

A large cohort of black and white US adults without coronary heart disease or HF (mean age, 64.0±9.1, 58.7% women, 33.6% black, 34.0% residents of the stroke belt) were followed from 2003 to 2007 and through 2014. Participants completed a food frequency questionnaire to identify dietary patterns and the association of these patterns with incident HF hospitalizations. The principle component analysis identified 5 dietary patterns, including convenience, plant-based, sweets, Southern, and alcohol/salads. A total of 16,068 individuals participated in the study.

A limitation of the study included the reliance on self-reported food frequency questionnaires, which are prone to recall error and bias.

Findings from this study possibly “support a population-based dietary strategy for lowering the risk of incident HF.” 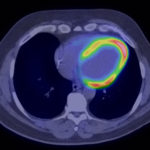 Hypothyroidism a Risk Factor for Mortality in Congestive Heart Failure