Women who develop heart failure (HF) due to cardiotoxic chemotherapy for early-stage breast cancer (EBC) may have fewer comorbidities than cancer-free women with HF, according to authors of a new retrospective, population-based study published in Circulation: Heart Failure.1 Researchers found that women diagnosed with HF after chemotherapy had fewer comorbidities than similarly aged controls who had developed HF due to other causes.

For this investigation, the team mined administrative databases and identified women diagnosed with HF after receiving anthracyclines or trastuzumab for EBC between 2007 and 2017 in Toronto, Canada. The women were categorized according to cardiotoxic exposure (anthracycline alone, trastuzumab alone, or sequential therapy with both agents). These women were age-matched with cancer-free women with heart failure serving as the control group to compare baseline characteristics. The team also conducted a second match for age along with HF prognostic factors.

The researchers used the cumulative incidence function to describe the risk of hospitalization or emergency department visits for HF and cardiovascular death. The study showed that women developing HF after trastuzumab therapy had a lower risk for hospitalization compared with the control group, even after matching key prognostic factors. “Based on our clinical experience, we hypothesized better outcomes for women with chemotherapy-induced heart failure compared with heart failure from other causes. We were surprised that the prognosis for anthracycline-treated women was so similar to [that of] women with heart failure from other causes, although the exploratory analyses suggested a lower risk of cardiovascular death,” said study investigator Husam Abdel-Qadir, MD, PhD, cardiologist at Women’s College Hospital and University Health Network, Toronto, Canada, and an assistant professor, Department of Medicine and Institute of Health Policy, Management and Evaluation at the University of Toronto, Canada.

The analysis included 804 women (median age, 61 years) with EBC who developed HF after anthracycline (n=312), trastuzumab (n=112), or sequential therapy (n=380). At baseline, these women had significantly fewer comorbidities than the 2411 age-matched HF controls. Over a median follow-up of 3.6 years, the investigators found that 62 women (8.3%) in the EBC-HF cohort were hospitalized or visited an ED for HF, compared with 299 women (13.8%) in the control group. The risk for HF hospital presentation, defined as hospitalization or emergency department visit, in the EBC-HF cohort relative to cancer-free controls was found to be based on the cardiotoxic exposure.

“That led us to hypothesize that one of the key drivers of better outcomes was early diagnosis of cardiac dysfunction and rapid initiation of appropriate medical therapy,” Dr Abdel-Qadir said.

While the study has many strengths, Dr Abdel-Qadir said a significant limitation is the lack of data on left ventricular ejection fraction, which would have helped to make the comparison groups more balanced. Recognizing that trastuzumab-associated cardiotoxicity has is associated with a better prognosis than HF from other causes (based on traditional expectations of its natural history) may have many clinical implications. “This is important when oncologists are counseling patients on the risk-benefit balance of trastuzumab in light of its risk of cardiotoxicity,” he said.

Cardio-oncologist Salim Hayek, MD, assistant professor of internal medicine at the University of Michigan Health Frankel Cardiovascular Center, Ann Arbor, Michigan, said this study brings to light what has been seen in clinical practice. “Trastuzumab-related cardiomyopathy is a relatively less serious condition compared to other forms of cardiomyopathy and heart failure. These data are helpful in counseling patients with regards to their cardiovascular outcomes when starting Herceptin [trastuzumab] and should encourage physicians to pause before advising discontinuation of Herceptin for cardiovascular reasons,” Dr Hayek said. “Consulting with specialists in cardio-oncology remains crucial in making these decisions, given their complexity.”

Ana Barac, MD, PhD, who is the director of the MedStar Heart and Vascular Institute Cardio-Oncology Program and associate professor of medicine at Georgetown University, Washington DC, said this study both confirms and extends prior observations from clinical trials that investigated cardiac dysfunction in patients receiving trastuzumab. Romond et al. in 2012 demonstrated that the risk vs benefit of trastuzumab remains strongly in favor of trastuzumab2 and Ganz et al. in 2017 demonstrated that addition of trastuzumab did not result in long-term worsening of cardiac function or symptomatic heart failure.3

“The results are therefore reassuring for the patients and practitioners as they confirm the prior observations in [the] ‘real-world’ setting,” said Dr Barac. “Of interest, through this comparison the authors found that patients with diagnosis of trastuzumab-related HF have less CV risk factors and significantly better outcomes.’

Dr Barac noted that there may be several reasons for this observation, which she said illustrates study weaknesses, including the many unknowns regarding HF treatment in the 2 groups. “It is unlikely to lead to clinical practice changes with respect to cardiac monitoring or treatment of patients receiving trastuzumab but it adds some data for peace of mind,” she said.

Zakaria Almuwaqqat, MD, who is a practicing hospitalist (medicine) and works in the Department of Internal Medicine at Emory University School of Medicine, Atlanta, Georgia, said this study is clinically relevant because it adds to the understanding of the incidence of HF and its prognosis in patients who have been treated with trastuzumab and/or anthracyclines in comparison to HF-matched controls. “These findings are consistent with the established knowledge that chemotherapy-induced cardiomyopathy may reflect a self-limited injury, rather than exposure to patient-specific factors that drive the development and prognosis of HF,” he said. “These findings are quite important to highlight the difference between incident cardiomyopathy and the long-term prognosis.”

Avirup Guha, MD, a cardio-oncologist at University Hospitals Seidman Cancer Center, Cleveland, Ohio, said although the authors recommend that this study should lower the threshold for management with trastuzumab, the threshold is based on strict left ventricular ejection cutoffs and the oncologist’s choice of treatment. “This study performed using insurance claims–based assessment will not change that practice. The same is true for anthracycline. We should continue to risk-stratify those 2 classes of patients with echocardiograms prior to starting therapy,” Dr Guha said. “There is definitely more research warranted, especially because a lot of cancer characteristics are not presented in this heavily cardio-focused study. At best, this is a hypothesis-generating study.” 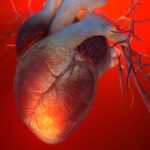