Researchers examined 105,018 patients with myocardial infarction (MI) in a nationwide cohort study to assess the association of exposure to secondary cardiovascular treatment and mortality in patients with schizophrenia vs the general population. Of the total number of patients with MI, 684 patients diagnosed with schizophrenia were enrolled. Researchers obtained data based on the prescription of cardioprotective meditation and time exposed to cardioprotective medication. Investigators used Cox proportional hazards regression to calculate hazard ratios. The primary outcome of the study was time to all-cause mortality using time of medication exposure as a time-dependent covariate. A secondary outcome was time to all-cause mortality by comparing exposure to monotherapy, dual therapy, and triple therapy in patients with or without schizophrenia.

The study was limited by a lack of information on the severity of patients’ MI and in-hospital medication as well as the lack of data on treatment exposure based on whether patients redeemed prescriptions. 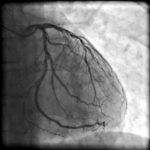