Ten new genetic markers associated with coronary artery disease (CAD) were recently identified in an analysis published in Nature Genetics. The genes may provide the key to understanding disrupted biological pathways in patients with CAD.

Previously, 48 genomic loci were found in a genome-wide association study to harbor common SNPs (pronounced “snips,” a DNA sequence variation occurring commonly within a population) with significant association with the disease. However, few studies have searched for associations that include dominance effects, and few genuinely recessive loci have been reported.

Participants originated several ethnicities with diverse ancestries, including European (77%), South Asian (13%; India and Pakistan), and East Asian (6%; China and Korea), along with smaller samples of Hispanics and African Americans. Interestingly, genetic findings were similar across the board.

“In the long term, such knowledge has the potential to target the design of novel drugs that will complement existing treatments, like statins, to both prevent CAD and improve patient’s prognoses,” said researcher Martin Farrall, a cardiovascular geneticist from the University of Oxford, UK.

The implicated gene variants imply that the biology of the arterial vessel wall is an essential component for developing CAD, specifically, the two loci, KSR2 and ZNF507-LOC400684, both of which were missed in a conventional additive association scan.

This discovery could lead to significant changes in treatment. As the researchers noted, “A number of preventative strategies target the vessel wall (control of blood pressure and smoking cessation), but the large majority of existing drug treatments for lowering CAD risk operate through the manipulation of circulating lipid levels and few directly target vessel wall processes.”

However, they also cautioned that these new “susceptibility genes” should be further investigated and validated before concrete links to vascular biology are established.

“Detailed investigation of new aspects of vessel wall biology that are implicated by genetic association but have not previously been explored in atherosclerosis may provide new insights into the complex etiology of disease and, hence identify new target,” the team concluded. 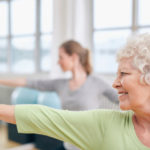