MUNSTER, Ind. — On a spring evening last year, Debra Davidson flipped on the television to watch the local news. When an item came on about her longtime physician, she perked up and leaned forward. Then she screamed. Her husband rushed into the living room to see if everything was O.K.

From The New York Times 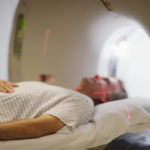