SEATTLE — A new study looking at the use of 2 contemporarily and frequently used protease inhibitors (atazanavir and darunavir) is suggesting that cumulative use of darunavir may be independently associated with a small but gradually increasing cardiovascular disease (CVD) risk. However, no such CVD risk was found with atazanavir, according to a new study presented at the 2017 Conference on Retroviruses and Opportunistic Infections (CROI).

Previous investigations have shown an association between longer cumulative use of first generation protease inhibitors and incident CVD. However, it is unknown whether more contemporarily used protease inhibitors, including the most frequently prescribed ritonavir boosted darunavir and ritonavir boosted atazanavir, are associated with a similar increased risk of CVD, according to study investigator Lene Ryom, MD, PhD, who is with the department of infectious diseases at Copenhagen University Hospital in Denmark.

“Randomized clinical trials often have inadequate data on longer term adverse drug effects due to limited size and duration and the inclusion of generally very healthy individuals with few or no comorbidities in the trials,” Dr Ryom told Infectious Disease Advisor. “With an aging HIV-positive population at increasing risk of CVD due to the increasing number and severity of CVD risk factors, tailoring ART (antiretroviral therapy) to match the individual risk profile are crucial.”

For this study, the researchers defined CVD as centrally validated myocardial infarction, stroke, sudden cardiac death, or invasive cardiovascular procedures (coronary bypass, coronary angioplasty and carotid endarterectomy). The study included 35,711 patients, and 1157 of these individuals developed CVD during a mean follow-up of 7 years.

The researchers found that the risk for CVD gradually increased in patients on darunavir, who were exposed to the drug >6 years. They found that the changes were less pronounced with atazanavir. After adjustment for a number of factors, the cumulative exposure to darunavir was associated with excess CVD risk (relative risk: 1.59).

“In a large heterogeneous HIV-positive population with 7 years median follow-up using rigorously defined CVD end points, we observed a small but gradually increasing risk of CVD with cumulative darunavir use of 59% per 5 years use,” said Dr Ryom. “The association was very robust and was not modified by dyslipidemia.”

She said this new drug safety observation calls for attention from clinicians in particular when choosing various ART regimens in individuals already at high risk for CVD, such as patients with hypertension, diabetes, and who smoke. Dr Ryom cautioned that this is just 1 study and it is limited by its observational nature. In addition, the researchers were unable to exclude the possibility of unreported confounding conditions and no data were available on drug doses. She said it is important that future studies investigate potential underlying mechanisms. 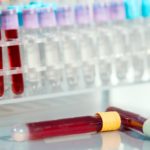