Higher resting heart rate and lower heart rate variability in elderly patients were associated with poor functional status and higher risk of future functional decline, data from the PROSPER (Prospective Study of Pravastatin in the Elderly at Risk) trial indicate.

Giulia Ogliari, MD, of the Department of Gerontology and Geriatrics at Leiden University Medical Center in the Netherlands, and colleagues analyzed data from more than 5042 participants in a randomized, controlled trial that examined the effect of paravastatin in a large group of men and women, aged 70 to 82 years. They aimed to determine whether heart rate and heart rate variability were associated with a decline in functional status of high risk older adults, independent of potential cardiovascular risk factors or comorbidities.

At baseline, median resting heart rate was 65 beats per minute and SDNN was 18.6 ms, respectively.

Participants with a higher resting heart rate and lower SDNN performed worse on both ADL and IADL functional status tests (P for trend < 0.05 for all). After full adjustments to account for cardiovascular risk factors, cardiovascular morbidities, use of medications, and statin treatment group, researchers found the same association between SDNN and both ADL and IADL (P for trend = .03 and .11, respectively). 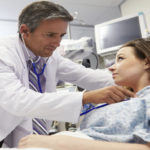