Among postmenopausal women presenting with acute myocardial infarction (AMI), Black race and low income are associated with a decreased likelihood of receiving coronary revascularization, according to a study published in the American Heart Journal.

A total of 5284 postmenopausal women from WHI with AMI were enrolled in the study. The cumulative incidence of coronary revascularization from 2005 through 2019 was examined. Hazard ratios (HRs) of revascularization for AMI were compared among Black and Hispanic women vs White women, as well as among women with annual incomes of less than $20,000 per year (low income) vs those with annual incomes of $20,000 or more per year, over a median of 9.5 years of follow-up (between 1993 and 2019), with baseline enrollment from 1993 to 1998. The primary study outcome was receipt of coronary revascularization.

The investigators stated, “Our findings suggest that race and income merit consideration in the complex management of AMI. Additional investigation with patients, community stakeholders, and health care professionals is needed to develop timely interventions that invoke anti-racist principles.” 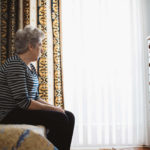