HealthDay News — The chemical stability of warfarin sodium tablets is not affected by repackaging into dose administration aids (DAAs), according to a study published  in the Journal of Pharmacy Practice and Research.

The researchers found that at 8 weeks there was no significant change in warfarin content. When stored at accelerated and controlled room temperature conditions there was a significant increase in tablet hardness. At eight weeks, hardness of tablets stored in original packaging was comparable to that of those stored in DAAs. Compared with baseline, there was a significant difference in the dissolution profile of tablets stored in original containers at accelerated conditions for 8 weeks.

“Repackaging of warfarin sodium tablets into DAAs does not affect the chemical stability,” the authors write. “However, tablets should be stored in a cool, dry place to minimize the effects on physical properties.” 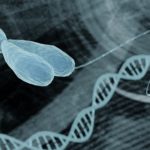