Substrate ablation during sinus rhythm (SR) performed to avoid multiple ventricular tachycardia (VT) induction was found to be associated with low rates of procedural complications and early mortality, according to the results of a prospective multicenter registry published in the American College of Cardiologists: Clinical Electrophysiology.

A total of 412 patients (mean age, 64±14 years; 91.3% men) who underwent scar-related VT ablation at 6 centers across Spain were recruited for this study. A transseptal approach was used in which a 3.5-mm-tip open-irrigated ablation catheter or multipolar catheter were used for mapping. An irrigation rate of 26 to 30 mL/min was used for ablation of the arrhythmogenic substrate during SR. Procedures were finished when a complete elimination of any electrogram abnormality was achieved and there was noninducibility of any VT.

Success was achieved when sustained monomorphic VT could not be induced. Incomplete ablation was defined as persistence of electrogram abnormalities, inaccessible midmyocardial septal scar, or inaccessible epicardial substrate. Patients were assessed every 6 months. VT recurrence was defined as sustained VT for >30 seconds.

Induced or spontaneous VT occurred in 15.5% of patients during substrate mapping, leading to VT termination. A median of 834±1592 points were collected in electroanatomic maps. An average of 8.12±11 hidden slow conduction electrographs were detected per patient and 4±8 residual electrograph abnormalities. Average radiofrequency time was 21±14 minutes.

At 1 year, 82.5% of patients who underwent a single procedure had VT-free survival which was comparable across treatment center (P =.445), and was not associated with global mortality (P =.212), or cardiomyopathy type (P =.130).

A major limitation of this study was the absence of a comparative group undergoing a different ablation strategy.

These data indicated that substrate ablation during SR which avoided multiple VT inductions had low rates of procedural-related complications, early mortality, or recurrence. 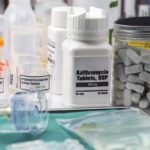