Spironolactone has not demonstrated the ability to reduce the risk for recurrent or new-onset atrial fibrillation (AF) among individuals with heart failure and a preserved ejection fraction (HFpEF), according to study results recently published in the American Journal of Cardiovascular Drugs. These findings contradict previous findings among individuals with heart failure and reduced ejection fraction (HFrEF).

This secondary analysis included 3445 individuals with symptomatic HFpEF from a previous randomized controlled trial in the Americas, Russia, and Georgia. Among these participants, 64.7% (n = 2228) showed no history of AF and 14.7% (n = 505) had prevalent AF.

Individuals with permanent AF (19.5%; n = 672) were not included in this secondary analysis. Investigators randomly assigned participants 1:1 to spironolactone or placebo and administered intervention at 15 mg daily initially and then increased on a case-by-case basis to a maximum of 45 mg daily.

Among the 2228 (64.7%) individuals with no baseline history of AF, researchers assigned 1111 to spironolactone and 1117 to placebo. Among the patients with prevalent AF, they assigned 260 to spironolactone and 245 to placebo. Researchers used hazard ratios to quantify the risk for new-onset or recurrent AF whereas they used Kaplan-Meier estimates to assess cumulative incidence of AF. They used log-rank comparison to assess groups.

Limitations to this study include potential misclassification or underestimation of AF, as well as the study of participants from different countries and continents with different baseline characteristics.

Study researchers concluded that “[spironolactone] does not decrease the risk of new-onset AF or recurrence of AF in patients in the TOPCAT study diagnosed with symptomatic HFpEF. Our findings contrast with previous findings in patients with HFrEF. Further effort is needed to find an effective treatment to reduce the risk of AF, since AF episodes are related to increased hospitalization, stroke, and mortality rates.” 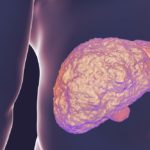 Liver Disease Does Not Affect Relative Efficacy of Edoxaban in AF